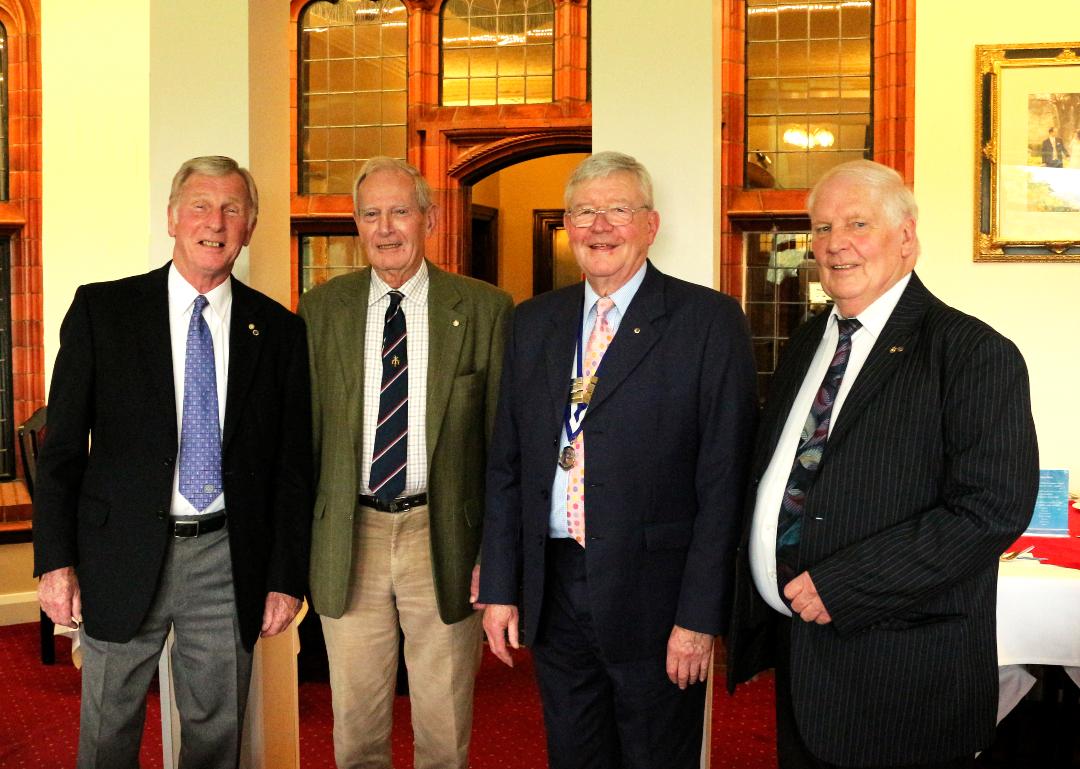 Three of the founder members with our President 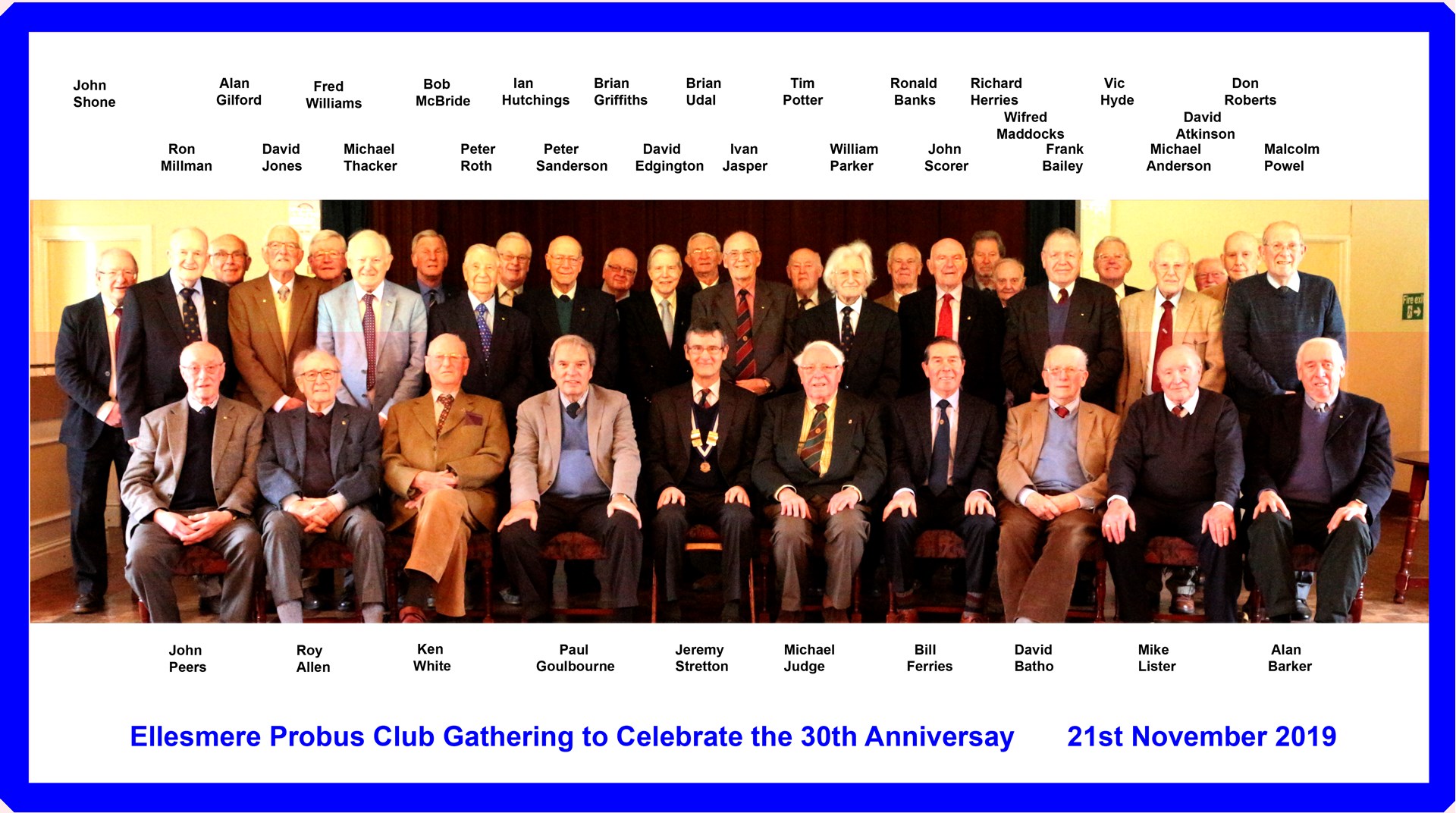 Most of the present members

Unfortunately due to the Covid 19 pandemic the Ellesmere Probus Club has not been able to meet face to face since March 2020. In October we started meeting virtually via Zoom.

Ellesmere Probus Club celebrated its 30th anniversary at a celebratory  lunch in October 2019.

It was in the autumn of 1989 that several members of the town’s Rotary club decided to launch a local branch of Probus, an international organisation for retired and semi-retired business and professional people.

Founder member and long-serving Rotarian Trevor Humphries was encouraged to set up the Ellesmere group by his late father-in-law, Frank Lloyd, who had been a member of the Halesowen Probus club in the West Midlands before retiring to live in Ellesmere.

“There were 16 members at the inaugural meeting,” he said.  “Within a year there were 30 and I’m pleased and proud to see that the numbers have grown to nearer 50. Those of us who were involved from the start are really impressed at the way Probus has developed and we’re delighted that it’s gone from strength to strength to become a well-established part of the local community.”

Mr Humphries was a guest of honour at the club’s annual lunch, together with fellow-founders Peter Davies, Bob McBride and Heather Poll, whose husband Brian was also involved in the launch.

The Probus movement was founded in the Home Counties in the mid-1960s.  It has now spread to many countries throughout the world, including Australia, New Zealand, the United States, Belgium, India, Portugal, Holland, Germany South Africa and several countries in Africa and Asia.

Each Probus club is autonomous. There is no central organisation and each club sets its own rules.

About the Probus Club of Ellesmere

The Probus Club Ellesmere has a very comprehensive programme of speakers throughout the year, plus various social events and outings.

The word Probus is an abbreviation of the words PROfessional and BUSiness.

Probus is an organisation for retired or semiretired people who enjoy the company of likeminded people, to be addressed by a speaker from the membership or elsewhere, and to help one another as friends.

To find out more about us & how to join please use the 'contact us' page on this website.

To find a Probus Club anywhere in the world please click on the Probus Global website link https://probusglobal.org/